Return to Our School

It was during Father Chadwick’s ministry that the first Catholic School in Bushey was built. The necessity for a school had been identified early on but it was not until February 1969 that all obstacles were overcome and preparation for the building commenced. It opened for registration of children on Tuesday 8th September 1970 and classes were held on the following day after what Father Chadwick described as “many years of prayer and hard endeavour, often frustrating at times…” A Solemn Blessing and official opening of the new school were celebrated on Sunday 25th April 1971 by Bishop B.C.Butler, Auxiliary of Westminster. The following year the school held its first outside fete which made £265 for the School Fund. “Not until then”, said founder headmistress Patricia Diamond “did we realize how completely the Bushey community had taken the school to its heart.” 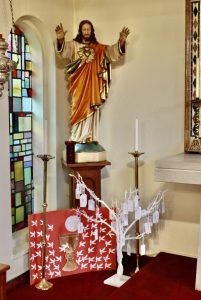 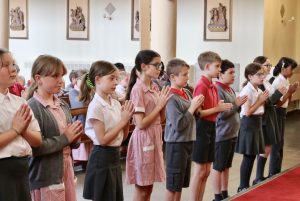